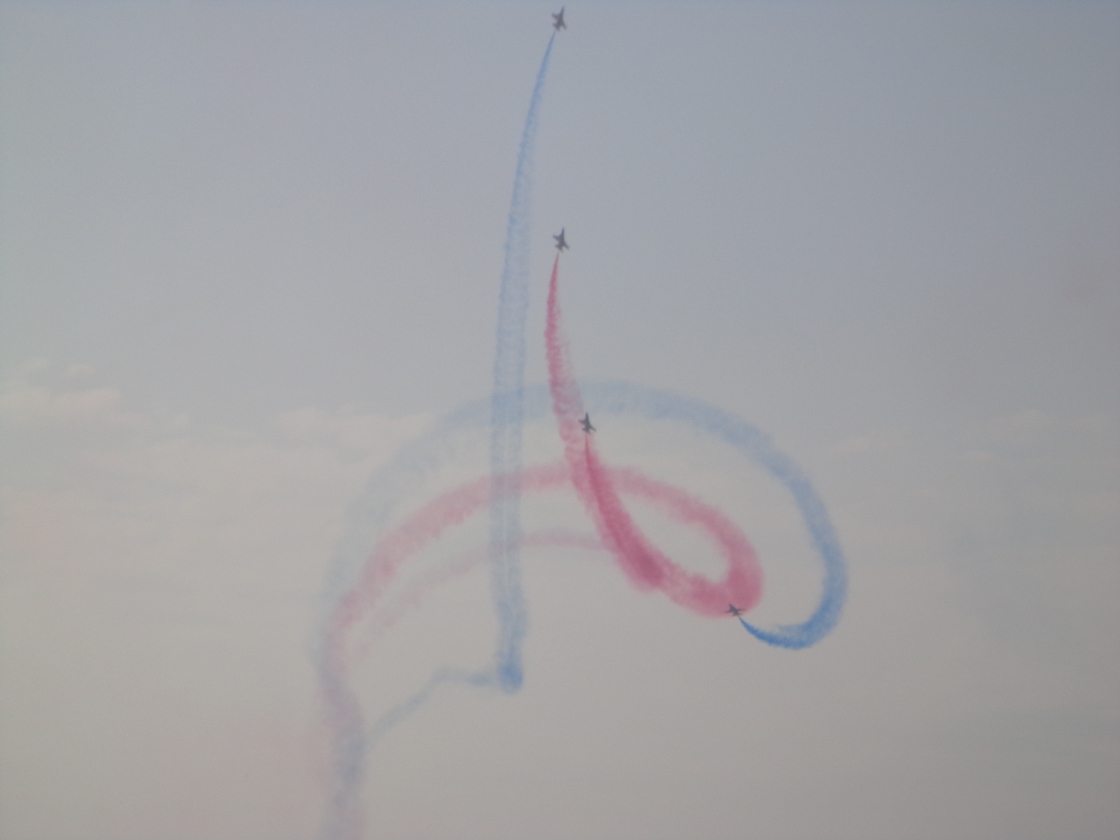 There are not many on-base events that civilians are allowed into without sponsors, so I was excited to find out about the open-to-the-public air show in Osan this weekend. For 3,000 won and an hour on the bus, I got to revisit my childhood dream of becoming a jet-fighter pilot, even though I never got to set foot on base. 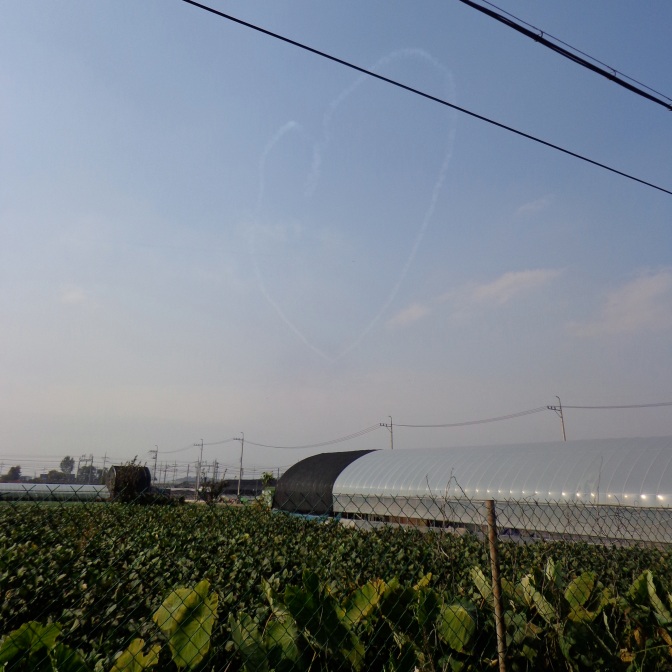 Before getting on the bus I actually said, “I feel like I’m forgetting something” out loud. -My passport! The one day I don’t bring it along. I hoped my alien registration card might be good enough, since you need a passport to get an ARC card anyway, but me and my desperate smile were still turned away at the gate. Does anyone know why is it that Koreans with only ID were admitted, but Americans with ID but without passports weren’t? 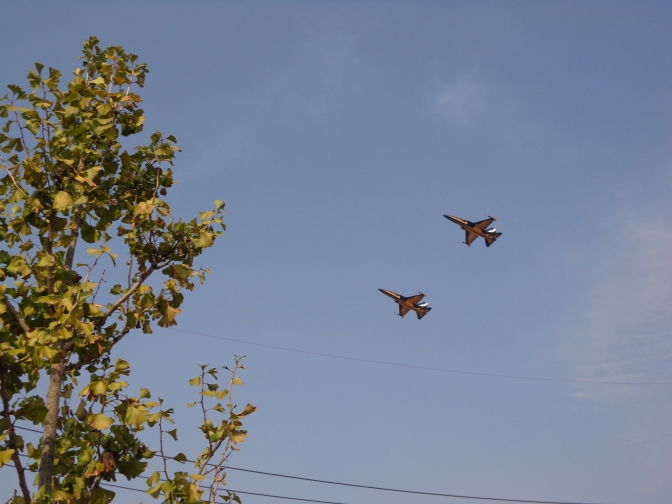 After getting to see a few planes demo around the public entrance, and seriously wishing my dad was with me to talk about fighter jets, I decided to hike it to the main gate to at least get some good food out of the trip. I remembered seeing American restaurants and bars around the area on my visit there last summer. On the way, the main event started and I think I had just as good of seat as anyone on base. I didn’t get to photo-op with the static displays, but I did get to have my eardrums burst in the middle of a soybean field with the Black Eagles overhead. 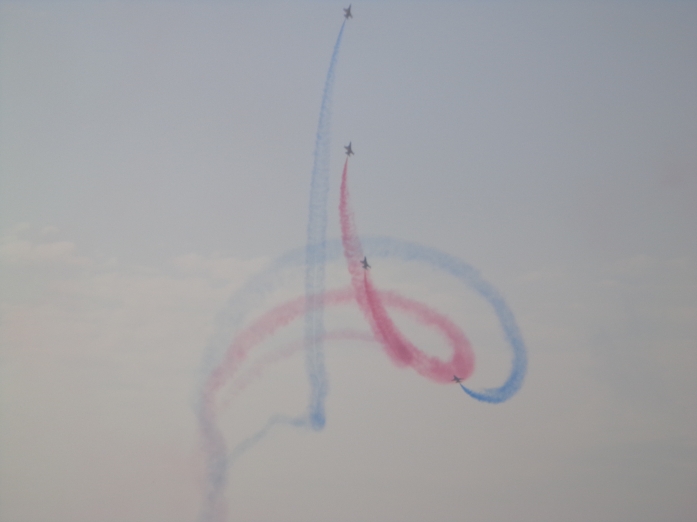 My camera isn’t made for tracking objects that travel faster than the speed of sound, but here’s a video of a KT-1, T-50, F-15K and F-16 from the show anyway. I really did try to edit out my gasps of excitement when the F-15 took off, but I couldn’t adjust the audio without muting the jet too.