I only work a half day on Tuesdays, so I headed for the bus terminal at dawn and took the first bus to Seoul. I’ve been reading my friend Mica’s blog a lot lately and it seems we both were in need for some like-minded company. Also known as, Koreans Are Driving Me Insane Syndrome. After swapping sob stories we headed to Insa-dong, a neighborhood of Seoul that is zoned (Korea has laws???) to sell only authentic Korean goods. Also all their signs are in true Korean, no Konglish (English Phonetic Korean) and no English signs allowed. It’s also a touristy area because of all the great Korean art to buy.

Popping into a tea shop for some fresh roasted green tea.

A Korean map of the world

I want this little guy

I thought that might be a comic book shop, but it was a toy store. The owner must just really like Wonder Woman. 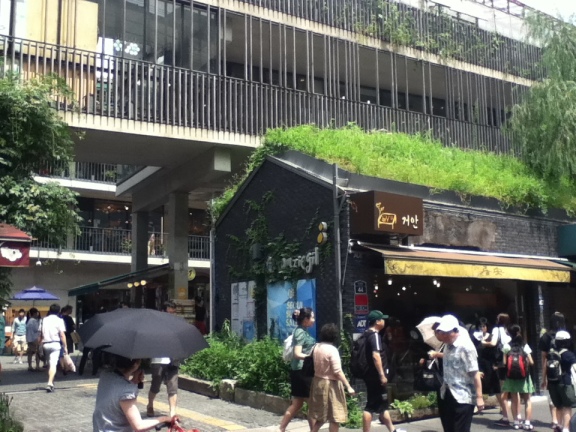 I was pleasantly surprised to see these plant roofs in Korea. They’re really energy efficient; the US is starting to use them on high-rises and hospitals. Anyway… 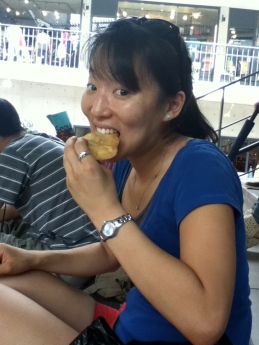 Mica and I enjoying our (red bean) Poop Bread. 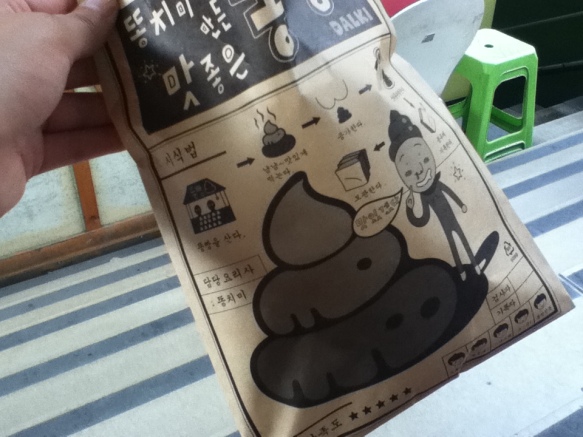 I just notice the ceiling had printout trees.

Art exhibit displaying name stamps on a computer map of the world. That’s Asia in the foreground, and the America’s in the background.

Mica attaches her note to a Korean, adopted overseas, to be read on their 1st visit to Korea.

This row of buildings looks like it’s part of a movie set.

This looks more like Europe or S. America than Seoul. 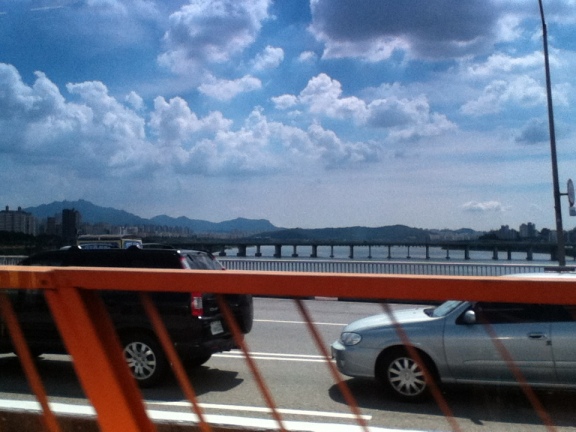 Mica pointed out, it is a very sunny day. Typically the smog makes for an overcast summer.

Salesmen are often moving from car to car selling various do-hickeys. This guy is selling cucumbers. You can eat them and use them to soothe mosquito bites.

Traffic was so bad, my bus was an hour late and I was about to be late to teach my evening class. I’m afraid to go out and do things before work now. Seriously, my school doesn’t tolerate even one tardy. The teacher I replaced once got in a car accident, when the school was notified, they picked him up at the hospital to bring him to teach his class. Then after his shift, they drove him back to the hospital. Well, at least they drove him back…?

Tourist by day -then quick costume change and espresso- to no nonsense teacher by night. Minus the smile. I don’t do that in front of them.

I had the most unresponsive kids today. To say it was like pulling teeth to get them to talk would be a lie. Teeth WILL come out with enough pulling, eventually. These kids were the living dead. I gave it everything I had. Have fun on your exam next week, kids!

Then I went home for my usual decompression routine. Healthy amount of Guinness not pictured. 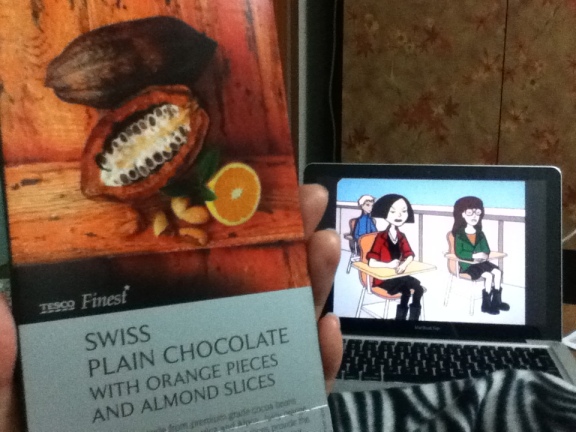 Funny to watch Daria these days and laugh more at what the wacky teachers say, over the students.

On yet another sunny day, I am again the only woman in Cheongju out without a sunbrella (I just made that up!). Tan happens, but not if Koreans have anything to say about it!

Interesting building with kimchi pots built into the exterior 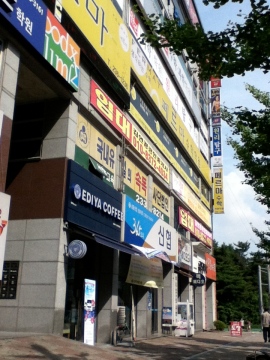 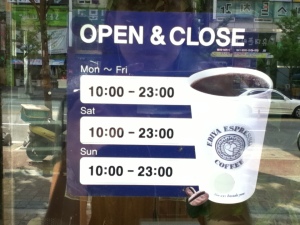 I was told if I wanted a descent cup of coffee, I had to get it from Ediya Cafe. So I make the trip this morning and it doesn’t open until 10AM! For Coffee! Take a tip from Starbucks, they open at 5. I don’t want coffee with my lunch. Koreans are such posers…

My friend says Koreans only like the idea of getting coffee from a coffee shop. Not actually drinking it. You wait with a timer/buzzer for half an hour for something not black coffee with 3 syrups in it and a panda doily. They will give you an Americano (espresso with water), but oh you take cream in your coffee? Sorry we only have pear, ginger, citron and honey to add to that.

Thankfully there was a cute pizza shop and more ajimas with sunbrellas to distract me from too much disappointment. 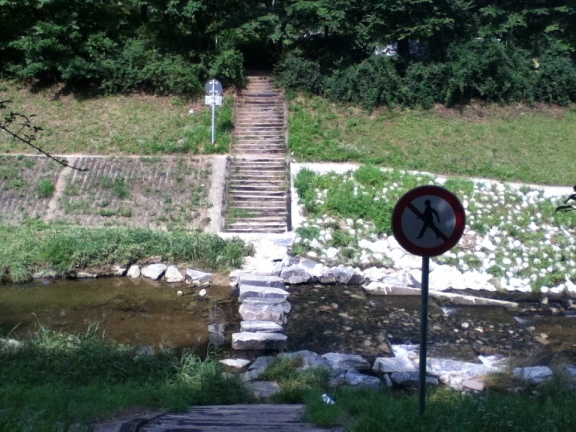 Is that sign really stopping anyone? Why is the stream crossing even there then? 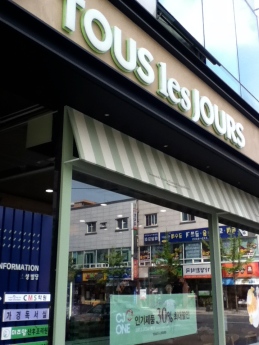 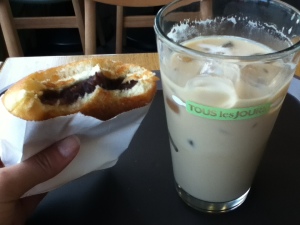 Tous Les Jours, opens at 7, I see. Plus they have red bean donuts. And regular cafe lattes without any panda in it.